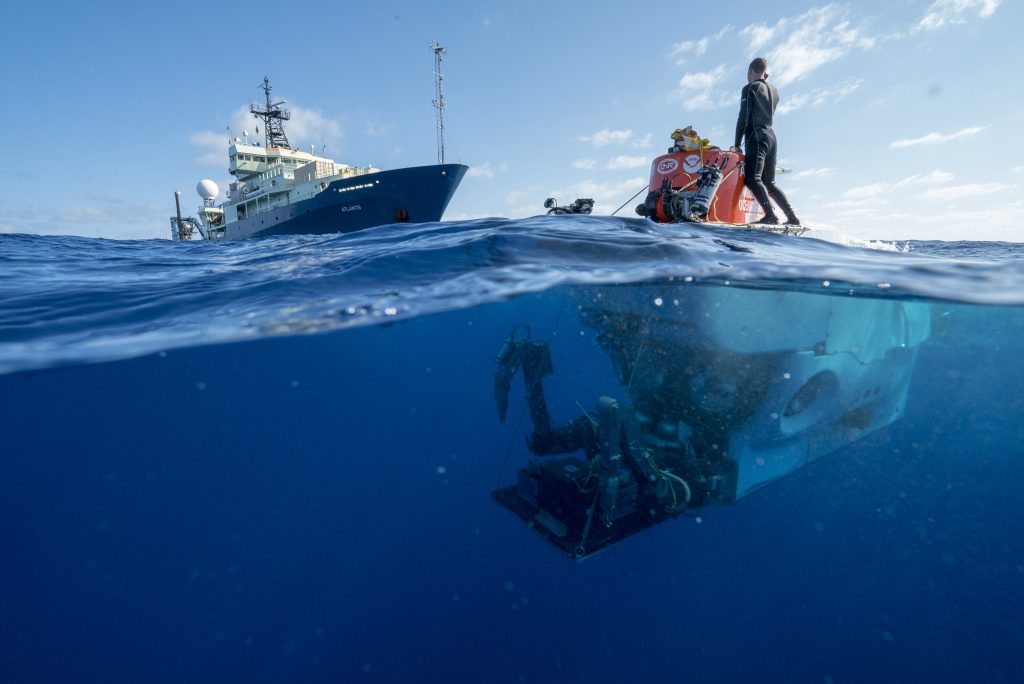 Woods Hole Oceanographic Institution (WHOI) will be a featured part of the upcoming BBC program “Blue Planet Live,” which will air over four nights beginning March 24. The series will include two live broadcasts from the research vessel Atlantis showing launch and recovery of the human-occupied submersible Alvin.

As part of “Blue Planet Live,” several WHOI scientists and engineers will appear in pre-recorded segments about their work:

In addition, the series will include live segments with interviews hosted by Andy Bowen on March 27 and 28 from the deck of R/V Atlantis off the U.S. West Coast. Viewers will see the human-occupied submersible Alvin return from a dive and depart for another with two scientists and a pilot on board and meet some of the people who make the sub one of the most iconic research subs in the world.

#DidYouKnow the ocean is the most biodiverse, ecosystem on Earth? #WHOI and @UConn will co-lead the Deep-Ocean Genomes Project as part of the Earth BioGenome Project, mapping genetic information of plants, animals, fungi, & other life on Earth. @PNASNews
https://www.whoi.edu/press-room/news-release/earth-biogenome-project/

#WHOI recently released 2022 #HarmfulAlgalBlooms report outlines the urgency and importance of addressing such blooms, which can cause detriment to humans, wildlife, and the global economy. @WBUR detailed the critical findings.

Why #NASA is exploring the deepest oceans on Earth - BBC Future #WHOI https://www.bbc.com/future/article/20220111-why-nasa-is-exploring-the-deepest-oceans-on-earth